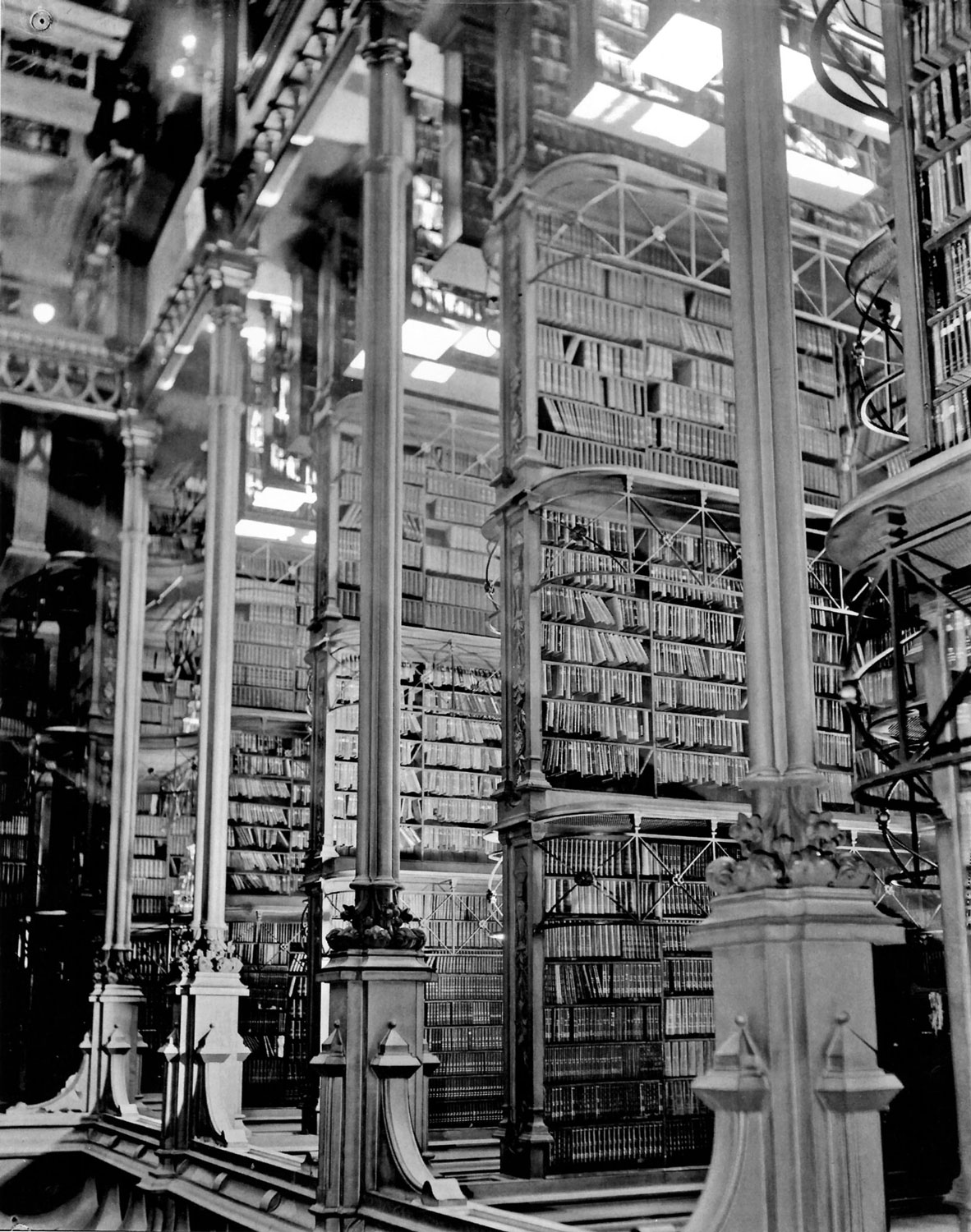 One person, one number, one letter, building

Most of the answers we need at this time, of who we are, what the plan is, and where we are headed are in the codes 123456789 ABCDEFGHI

Everything we touch, look at, think about, say out loud, write down or make is around the energies of the first nine digits and the first nine letters. Each one has a different personality. One building on the other starting with 1 and ending with I. Here they are in order of importance:

Total alphabet for decoding purposes is 24 characters or 3 rows of 8. In other words, more reference can be made when using an earlier format that the Greeks used. 24 letters or symbols with multiple energies / concepts and numerical values represented for each symbol and combinations. Later the Ancient Hebrews would assemble language this way. Earlier than the Greeks were the Atlantaens and their language is the building block of all language but little is available in physical form to prove it. It is known as PI E language or Proto Indo European. (they had to make something up!).

The most relevant to quickly heal people, relationships and world issues are the first 9 digits and the first 9 Uppercase letters. 18 symbols in total to explain Creation, Woman/Man/Child, Earth, The Fallen Angels, Satan, Why We have Covid, Keys to Happiness, The Plan for Us All, What Should We Do. Every symbol, letter and number are influential.

Mostly, concern yourself to know 123456789 and ABCDEFGHI. Each digit and letter is in order and building on the previous one. Like personalities in a growing family. As they add letters and numbers they grow and change. When they mix together it is like when different members of your family do endeavors together in different pairings and groups.

123456789-ABCDEFGHI is one set of digits / symbols and one set of letters / symbols or 9 one way and 9 another way or 911. One matches up to the Heart (Love and Logic) rhythm and One matches the Brain (calculating and Organizing) rhythm.

The numbers and letters are describing the ingredients of your Life. The story of creation and you from beginning to end. And what to do about it. We are inside a Heart, inside the Earth and inside Thera - the thought era - and the guides are on a piece of paper.

Ultimately, it is about order and the order of things. You were first, then your spouse, then child and so on. Same with the numbers and letters. They are in order and one builds on the other. Yes, if you dig deep, you will find the letters and numbers have influence throughout your life and the heavens and everywhere.

The influence is the way they interact in front of you, the way you can use them to better or detriment your life and the way they tell the entire story of you, the Earth and the Source of All.

These 18 symbols of the first 9 digits and the first 9 letters are representing energies / concepts and influence in All things. It represents your entire story, your body and the order of things. It is only part or a small particle of the mystery that will be My Story. We live in a mysterious world of real and make believe. The symbols (letters and numbers) describe Man's journey and how to make everything in your world, Perfect.

How do the letters and numbers explain everything?

Each shape (incl. letters and numbers) have a corresponding color and sound (or frequency/vibration) This is an ancient and proven principle. All the words and their parts have been written down and organized, the sound of the words and the meanings of the letters toward understanding the rhythm / vibration of these symbols. There are literally, mountains of knowledge about the history and meanings of each digit or letter with various and conflicting interpretations of what it all means. However, a study of the history of these letters and digits - on your own - will reveal their nature and influence.

Every number and words you think of, imagine, use or write down, you have engaged your being and affected others and your environment. The usefulness of knowing the symbols / letters and numbers and their energies, the concepts they represent and their influence will give you the edge you need in relationships and making your environment what you want it to be.

Regarding the alpha bet, the Greeks referred to their ABC's as Alpha and Beta. That is how we came to the word alphabet.

Only the first 9 numbers and letters are significant. It is important to start there. Just like anything, IN ORDER, just like the letters, numbers, symbols, codes. Always start at the beginning, at home.

Here is what we have uncovered after a Lifetime of study. We ask forgiveness to you, the reader and to the Source of All if any of these observations are incorrect. These symbols explain everything and can be used by you to effect your desired outcome. You may agree with or disagree with these decodes. Please share with the links at the bottom of the pages here.

These first two sets of symbols, nine numbers and nine letters explain Source of All / God, Creation, Your Journey and Yours and Our Outcomes. The way we use them will become the fruits of our labors.

1A - the symbols for the One AND solid Earth, Immovable and the Heavens and All.

The first 18 symbols are the story of Me and You, from the beginning to now and going forward. The symbols are in order as they appear in Creation and one always builds on the other and makes new growth and combinations. Just like in our life and the lives around us.

1A are brought forward to join with 2B

1A2B are brought forward to join with 3C

3 is for Trinity - there are many trinities in our lives. Some are provable, some are make believe and not provable. Each of Us Human Beings, in my opinion and research are three entities as one, Male and Female energies in the roles of Mother Father and the third being is the Child.

C is the three of Us as one being going wide open forward as explorers, investigators, examiners and data collectors. We are in a giant "feedback Machine" called Earth.

We are made of identical constituents as the Earth and the Stars. Every thought, feeling and action has immediate response from the "Magical Mystery Machine" we call Earth. Earth equals Heart, Thera and Aethre. We are all gathering info as a team. We do this independently and in our groups. We make all kinds of arrangements to keep our investigations "ongoing". Now we have completed six symbols or 1/3.

1A2B3C are brought forward to join with 4D

4 is the Fourth It connects or glues everything together. It also represents calculating, breaking and fixing and re-assembling. Look at words that start with "for". The "4". It is Source's way of representing Us, It is Creation. It is the Fourth in All of Us.

D is for organizing, getting done / "D one" or numerically it is '4' one. The "D" is the organized Man. Also includes the concepts of destruction and death and pain. But, we are progressing in our mission of exploration and data collecting!

1A2B3C4D are brought forward to join with 5E

5 is Creation Repeating Itself in an effort to see all there is to see. And self-evidently, we agree.

"E" represents Energy. The Energy of the Earth, the Aethre and Thera or the thought era. Our thoughts instantly become effectual to our realities and the world around us. We literally, create realities and manifest results. In our relationships and the things we build.

1A2B3C4D5E are brought forward to join with 6F

6 the symbol shows Man as infinite as Source but starting at density and working toward Nothing. It's mirror, the 9, starts at Nothing and works outward like the Fibonacci Spiral.

F shows 'Man' exploring Everything including Birth/Death and Joy/Pain and becoming a Co-Creator or a 'Twin' to God. "F" is Man losing his Foundation. Humanity is distancing the Heart and Brain to find more ways of trying to re-create God. At this point in the story, we continue to follow the plan. In an effort to complete the investigations, an Illogical Mind is formed to house and explore all avenues of make believe and unprovable things and ideas. Man trying his best to imitate Source of All. These are the first 12 of the 18 symbols or 2/3. In ancient cosmologies, some thought these last three numbers are reserved to Source.

1A2B3C4D5E6F are brought forward to join with 7G

All the odd digits and corresponding letters are of Feminine Energies. The even numbers are Male energies. 1357 for Female. 2468 for Male. 9 is God/Source as our leading Child. Our rock. Our Heart. Our Sun. Our Earth.

7  is Female / Heart / Logic that surrounds and protects All and Everything. She is tough as nails and can handle anything we launch at her. While we are and have been collecting data, Mom's / Heart and Logic have been building strength.

"G" is Man taking a period to Inter Reflect and Organize things while at a distance from Home. Humanity is in a holding pattern but continues to exam Creation independently and in small and large groups.

8 represents the Illogical mind and where everything unprovable and illogical can exist. It is a fake Infinity symbol barely able to hold itself up. Although Man can imagine and suspend Infinity, he can never create it.

That is why the 8(*)'s associative color is Pink, showing it's loss of Blood. It is Man's Imaginary Illogical Mind of Make Believe and things that cannot be proven or also known as Fantasy.

"H" is when Man realizes his idea of Infinity and Make Believe will be unrealized. H says HA when the 8 falls. When the 8 is standing, H yells Hate at the 8. The 8 cannot see it's future, it's future is the H. The 8 is amazing and at the same time amazingly flawed. The 8 represents all the make believe anyone is believing, right now. They, as all the letters and numbers do, hold each other up and become combined, energy wise and effect wise. They are weaved throughout each other and Us.

Every step AND every Fall is for Growth. It is For something. May the Fourth be with you

9 This is the time of our journey when the merge of 6 to 9. When shown astrologically these symbols are horizontal. When they merge, they become the Infinity symbol.

I is when We become One, again. Peace

Next article: "Where do we go from here?"

The Ra means The Sun or The Heart

The Eye of Ra is the Pineal Gland in the Brain

Thera was an island until it erupted, formerly Atlantis per Plato. Home of the first language known as PI E Language

Thera was renamed after the volcano there had the largest eruption in human history.

Thēra in Latin spelling is pronounced "tear ah" (Terra?) . (Maybe they were in a big tree?)

Today it is called Santorini.